The Walk for Reconciliation was named the #2 Top News Maker of the Year by CBC News Vancouver.

The Walk for Reconciliation is designed to transform and renew the very essence of relationships among Indigenous peoples and all Canadians. It sounds so simple, but just the act of gathering and walking and sharing our stories can join us all in a shared commitment to creating a new way forward in our relationships with each other. Our future depends on being able to simply get along, respecting each other for the unique gifts we bring.

On September 22, communities and individuals from across British Columbia proved that ‘Namwayut — We Are All One is not just a phrase but a sign of social change. Braving the heavy rain to express the determination in rebuilding the relationships among Indigenous peoples and all Canadians, the Walk for Reconciliation was well attended by 70,000 people, including over 300 teams.  Among those in attendance included National Chief of the Assembly of First Nations Shawn Atleo, Dr. Bernice King, Dr. Martin Luther King’s daughter, Vancouver Mayor Gregor Robertson, and a delegation of notable government officials and First Nations leaders.

The meaning behind the Walk for Reconciliation

Originally conceived as a healing among Indigenous peoples and all Canadians, in light of the legacy of Indian residential schools, the Walk for Reconciliation is a new way forward. That said, the Walk is foreveryone; it is a walk for peace. It is a chance to reconcile our differences, and our own hearts, for the better good.

The 4 km walk began at Queen Elizabeth Plaza with singing, traditional blessing and speeches from Reconciliation Canada partners and supporters, including a speech from keynote speaker Dr. Bernice King.

But he [Dr. Martin Luther King] knew that hate will destroy the hater more than the hated. So he had no choice but to adopt a higher way if his goal was ultimately to see transformation and change not just in his generation but in generations yet unborn.

Social change cannot come over night yet it causes one to work as if it was a possibility the next morning. I encourage you as you continue to move forward, this is going to be a long journey but every journey begins with a step. Believe it or not, you have made a big step towards progress here in Canada.

Throughout the Walk, walk participants experienced First Nations music and art, including a modern expression of gilskamlił. Traditionally, gilskamlił is a ceremony performed during the potlatch by the Kwakwaka’wakw First Nations—whose territory lies on the north tip of Vancouver Island and the adjacent mainland of British Columbia. The gilskamlił is not a dance, but an intimate sharing of community and spirit.

On the day of the Walk, we witnessed a twist on a sacred storytelling. Curated by artist Beau Dick, this gilskamlił drew upon elements of the ceremonious tradition, but was set in a modern context and inclusive of neighbouring nations—Haida, Musqueam and more—in view of the intent: to lift all people. 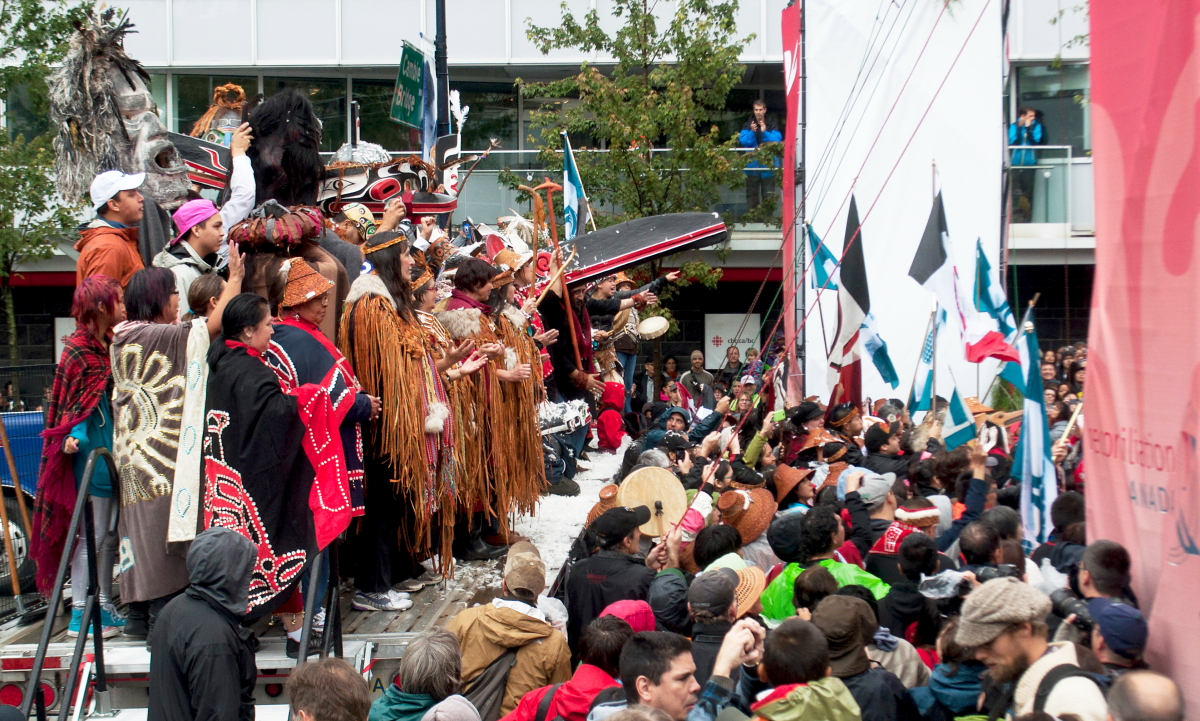 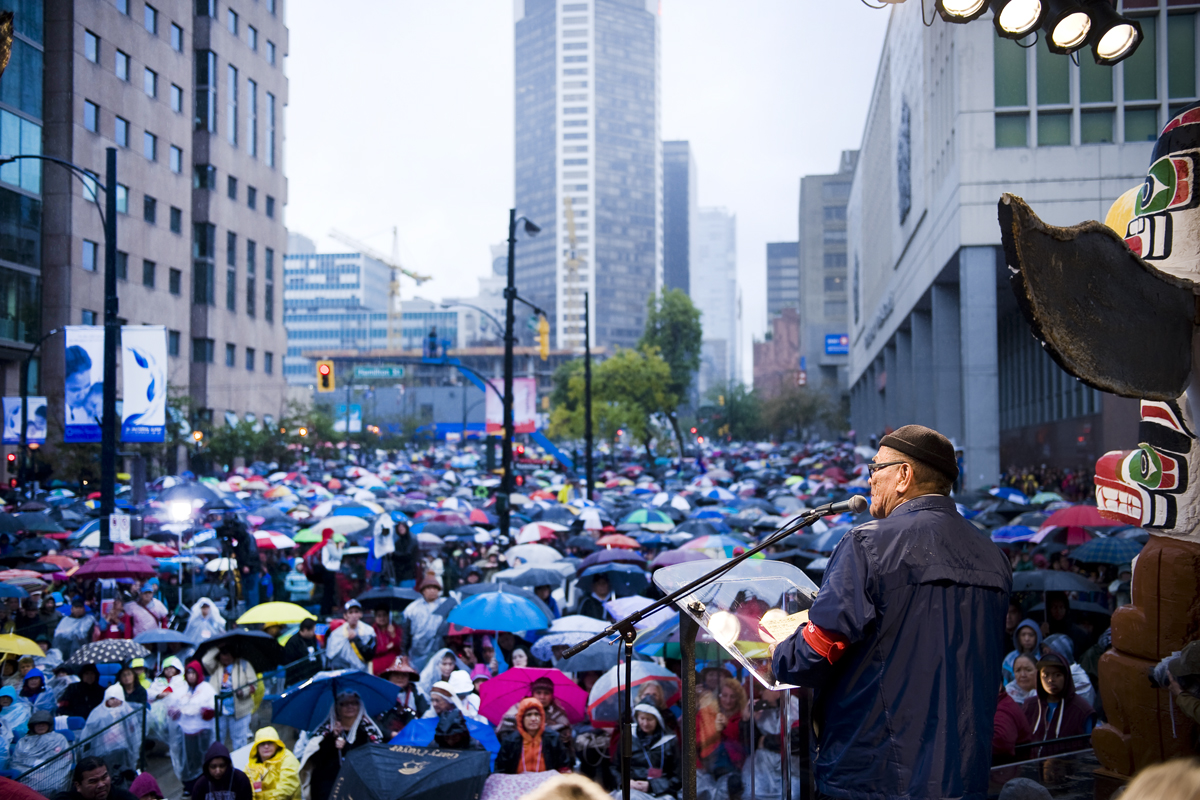 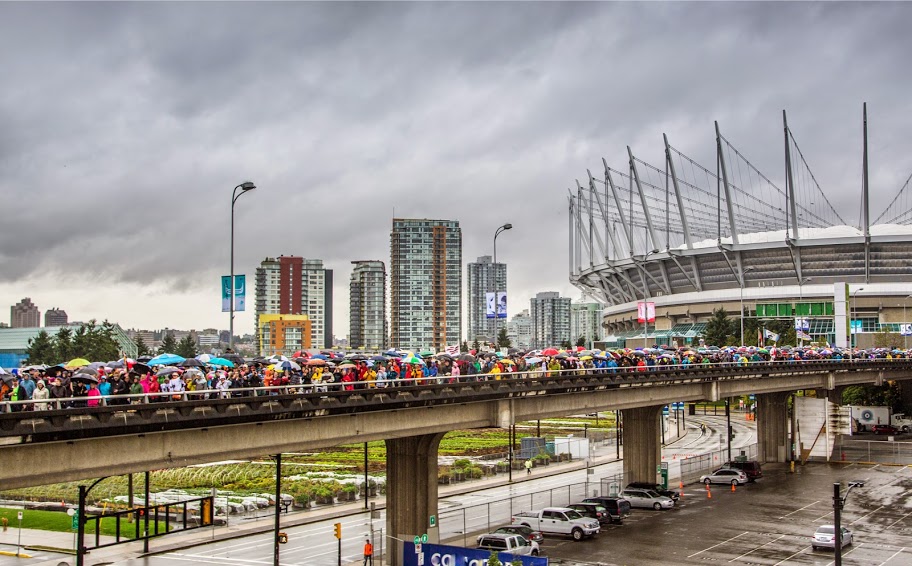 Media Reports of the event: